The Politics of Christmas Book Review

The Politics of Christmas Book Review 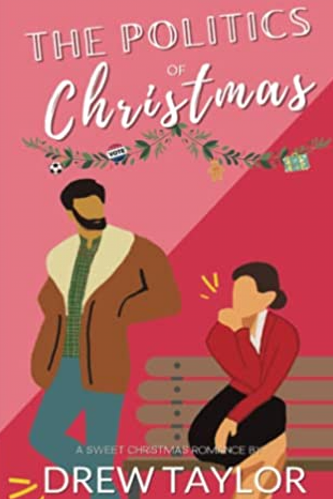 The Politics of Christmas

Greetings! Welcome to my review of The Politics of Christmas by Drew Taylor!

It’s time for a little Christmas in July! Where I’m from, we’re lucky to get a day with a heat index below triple digits, with no end to the blistering heat in sight for months. So I’ll never turn down some much-needed Christmas cheer, especially in the form of a rom-com (a clause I never thought I’d write, but that’s a story for another day).

Stella Harper finally achieved her childhood dream of becoming a presidential campaign manager. But when she is notified of her mama’s deteriorating health, she makes the difficult decision to fly home to Mississippi for Christmas to try and convince the stubborn woman to move into the local nursing home. However, she comes face-to-face with her very own Ghost of Christmas Past, a.k.a her ex-fiancé, a little too soon. Stella is forced to reevaluate the actions that led her to her present life-the good, the bad, and the heart-breaking.

Lucas Grady, high school teacher and soccer coach, is on the verge of becoming the Athletic Director for Dasher Valley High. To secure the position, he needs to impress the higher-ups by putting together the booths for the (Not So) Winter Wonderland for all the sports teams at his school. But his personal Ghost of Christmas Past swoops into his life after ten years and threatens every plan he’s made. Struggling to forgive the one person who tore his world apart, Lucas must find a way to reconcile his desires with the punt God has kicked his way.

When forced to help each other through the Christmas season, they get an opportunity to mend their pasts, live fully in their presents, and decide the fate of their futures.

Stella plans to be in and out of Mississippi. Lucas is counting down the days until she leaves for good. Neither of them seeks a second chance, but God has a way of jumbling the best laid plans.

The Politics of Christmas has all the classic features of a great rom-com, but one facet that stands out is how addicting it is. I read it in two days and found I just couldn’t stay away.

From Drew’s social media, I know how much of her heart and soul she poured into this story, and it shines through on every page. She weaves in her faith naturally, something that’s rarely done well in a romcom!

The Southern charm is slathered on as thick as gravy on a biscuit, down to the vernacular. Although many rom coms take place in the South, this is one of the few I’ve read that truly embraces the culture and quirks.

Stella’s returning to her hometown friendships added the perfect amount of depth, and the side characters (and their adorable romance) were as perfect as vanilla ice cream and apple pie. (No, the southern similies aren’t going anywhere anytime soon.) Although all of the characters are written with sincerity, one of my favorites has to be Stella’s mom. Her strength and spunk make her the quintessential southern mom, and she is as hilarious as she is steadfast.

The touches of family tradition add a compelling touch that draws in the reader further into the story.

Hayden is such a fun, heartbreaking character, and I can’t wait to see her again!

The theme of reckoning with the past is executed so well. Unlike most romcom stars, Stella admits that her impulsive move to follow her heart and dreams had lasting consequences for others and repents.

Her chemistry with Lucas reads perfectly. Some of the steaminess is a little more than I’d usually read, so keep in mind that this is closer to NA than YA. However, it’s still relatively clean and enjoyable for older teenagers.

Overall, The Politics of Christmas is an adorable, fast read that I’d love to revisit!

Language – Heck, freaking, screw it, etc. and a cut-off s-word

Sexual – Wholesome pining, Stella and her mom make some sexualized jokes, a fair amount of innuendo, some passionate kisses (with an emphasis on going no further)

Spiritual – The main characters are Christian and discuss their faith.

Other – Older adults drink occasionally, a few depictions of anxiety

I received an eARC of The Politics of Christmas and was not required to leave a positive review. All thoughts and opinions are my own!

Upcoming Reviews (I really should give up on this section; I always throw the schedule out the window anyway):