Of Fire and Ash Cover Reveal!

Of Fire and Ash Cover Reveal!

I’m so excited to share the cover reveal for Gillian Bronte Adams’s new book, Of Fire and Ash, the first in her YA trilogy, The Fireborn Epic!

Story time – Gillian’s first series, The Songkeeper Chronicles, was one of the first fantasy series I read (maybe even the first)! My sister had recommended it for months, but I just wasn’t that interested. Eventually, I started it and fell in love! After that, I devoured the rest of the trilogy and started searching for more books like them. That’s when I discovered Enclave Publishing and so many incredible authors through that publishing house! A little while later, I started The Lord of the Rings, another one of my favorite series! So to say I’m a fan of her books is an understatement. I was so insanely excited when I saw on her Instagram that she’s releasing a new series!

She rides a fireborn, a steed of fire and ash, trained for destruction.

Ceridwen tal Desmond dreams of ruling like her father over the nation of Soldonia, where warriors ride to battle on magical steeds—soaring on storm winds, vanishing in shadow, quaking the earth, and summoning the sea. After a tragic accident claims her twin brother, she is exiled and sworn to atonement by spending her life—or death—for her people.

But when invaders spill onto Soldonia’s shores and traitors seize upon the chaos to murder her father, Ceridwen claims the crown to keep the nation from splintering. Combatting overwhelming odds and looming civil war, she begins to wonder if the greatest threat to the kingdom may, in fact, be her.

With fire before her and ash in her wake, how can she hope to unite instead of destroy?

Are you ready for the beautiful cover?! It’s done by the same artist as her previous series, and I love how it fits the style of her other books! 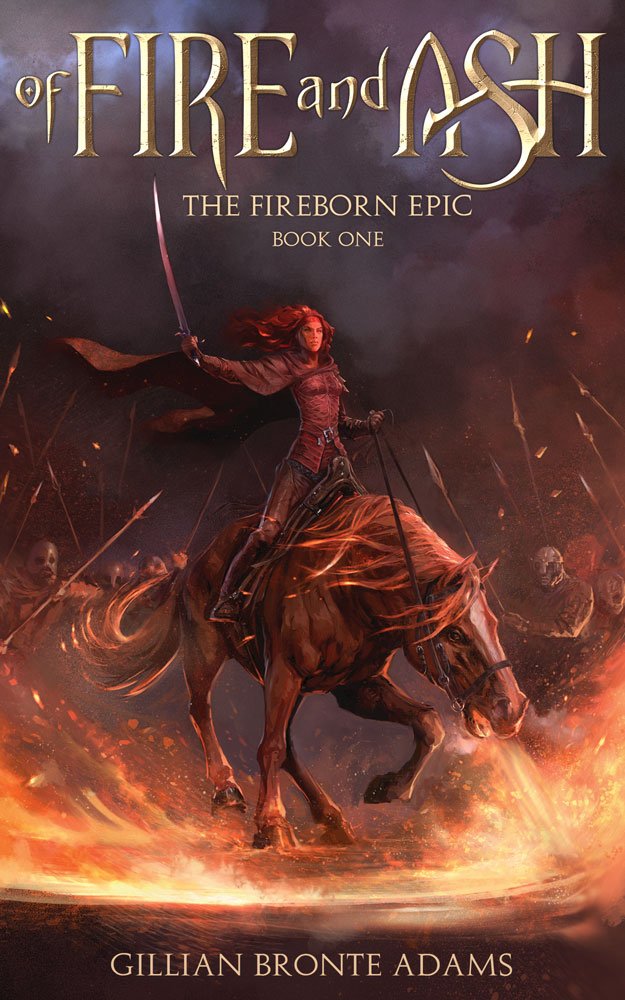 Isn’t it gorgeous?! I love all the details that stand out the more you gaze at the cover!

That’s all for now! Today’s also the release day for a book I had the honor of reading an ARC for, so expect a review within the hour!