Greetings! Welcome to my stop on the blog tour for Olivia Cornwell's Empire of Blood! Read the Review 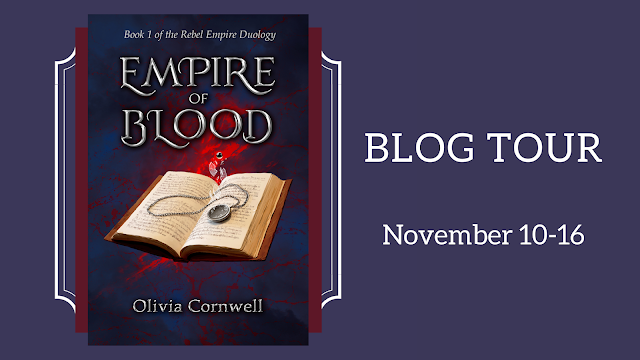 Better late than never, right? I’m so excited to be the last stop on the blog tour for Olivia Cornwell’s new book, Empire of Blood! So without further ado…

Lilly Faine is tired of classmates dissing her family, and doesn’t care when she receives suspension for nearly punching the lights out of a classmate. Her father isn’t crazy, even if he does spout stories about a world full of magic, a cruel king who hunted him, and has a shattered amulet that tingles when Lilly touches it.

When an old enemy appears under Chicago’s beloved Bean, Lilly and her brother Gabriel are shoved into the impossible world their father believed in. Alone on opposite ends of a war, they race to rescue each other. Lilly finds aid and friendship in a band of rebels, but she is also hunted by the emperor’s personal assassin. Gabriel gains the help of the emperor, but Gabriel’s choices to do good may lead him into dark shadows he can’t find his way out of.

Magic thrums within their reach, promising aid, and Lilly and Gabriel both must decide if the magic they seek – and the causes for which they now fight – is worth the risk of their souls.

As intriguing as the synopsis, this is one of those books that’s so much more than its blurb! From the beginning, I found myself engaged by the complex politics of the kingdom, The battle for the soul of the kingdom has been waged, and as Lilly and Gabriel find themselves thrust into a fantastical world they never thought could exist, the reader gets to learn about the cultures and setting as well.

Another aspect I really enjoyed is how the lines between good and evil are occasionally blurred. Characters are not all that they morally seem, and seeing the different facets of their motivations makes the story that much more gripping.

The family ties run deep, something else that I relished. The author so creatively plays on the trope of missing parent figures by allowing for leadership within a familial structure even without parents.

Sometimes, dual timelines/different points of view (POVs) lose my interest when it swaps to a character I don’t like as much, but with Empire of Blood, I never felt bored with either POV, only eager to find out what happens next.

The humor, sarcasm, and banter make this book shine. In the midst of dark and heavy circumstances, sibling rivalries and jokes lighten the tension and create an atmosphere of warmth.

Each character has motivation and connections to one another. If anything, my one complaint about this book might be the multitude of names to keep up with, but I never really minded them because they were introduced at a steady pace so I could remember them. With such a large cast of characters, it can be hard to remember specific ties and relationships, so occasionally I stumbled on those and had to retrace my steps, but overall the variety of characters allowed for so many cool and fun story techniques.

The sibling relationship is so sweet and still accurate to the rivalries and quarrels of siblings. I really enjoyed getting to see Lilly and Gabriel together and how they act when they’re apart as well.

Specifically, Lilly is probably my favorite character (even though conflicted Gabriel is a close second). I love her fire, passion, and inability to give up. I’ll admit, occasionally she annoyed me with her rebelliousness, but I saw so much character development already, and I can’t wait to see where her arc goes next.

– War is a major theme, so there are quite a few wounds and a couple scenes where characters are tortured. However, there isn’t any gore.

– There is a complex religious system with false gods, etc. It’s clear, however, that there is one true God/Creator.

– If anywhere, this is where the book hit a bit of a snag for me. Dark magic is heavily used, but it is never viewed in a favorable light. When characters obtain it, it’s pretty clear that they’re doing so out of a need for self-empowerment, etc. However, the heavy magic usage might be a bit much for younger readers, so because of that, I’d recommend this series for 13 and up.

– There’s also an amulet that has powers tied to dark magic.

Want to check out the other stops on the tour? Here’s the schedule: 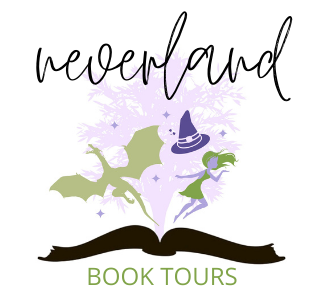 Want to find Empire of Blood?

Olivia Cornwell is a storyteller with a love of dragons and magical worlds. She writes stories of hope and redemption and familial relationships, and far too many sarcastic characters. She writes to entertain her readers (and may or may not collect their tears along the way) and share the truth of her Creator. At least when she isn’t struggling to control her characters, drinking a lot of coffee, or hoarding chocolate.

She hides out in Ohio, and in her spare time Olivia cuddles her niece and nephews, and yowls back at her cat (who is most likely her familiar). She also enjoys adopting the characters from her friends’ novels and keeping them safe from their own dangers.