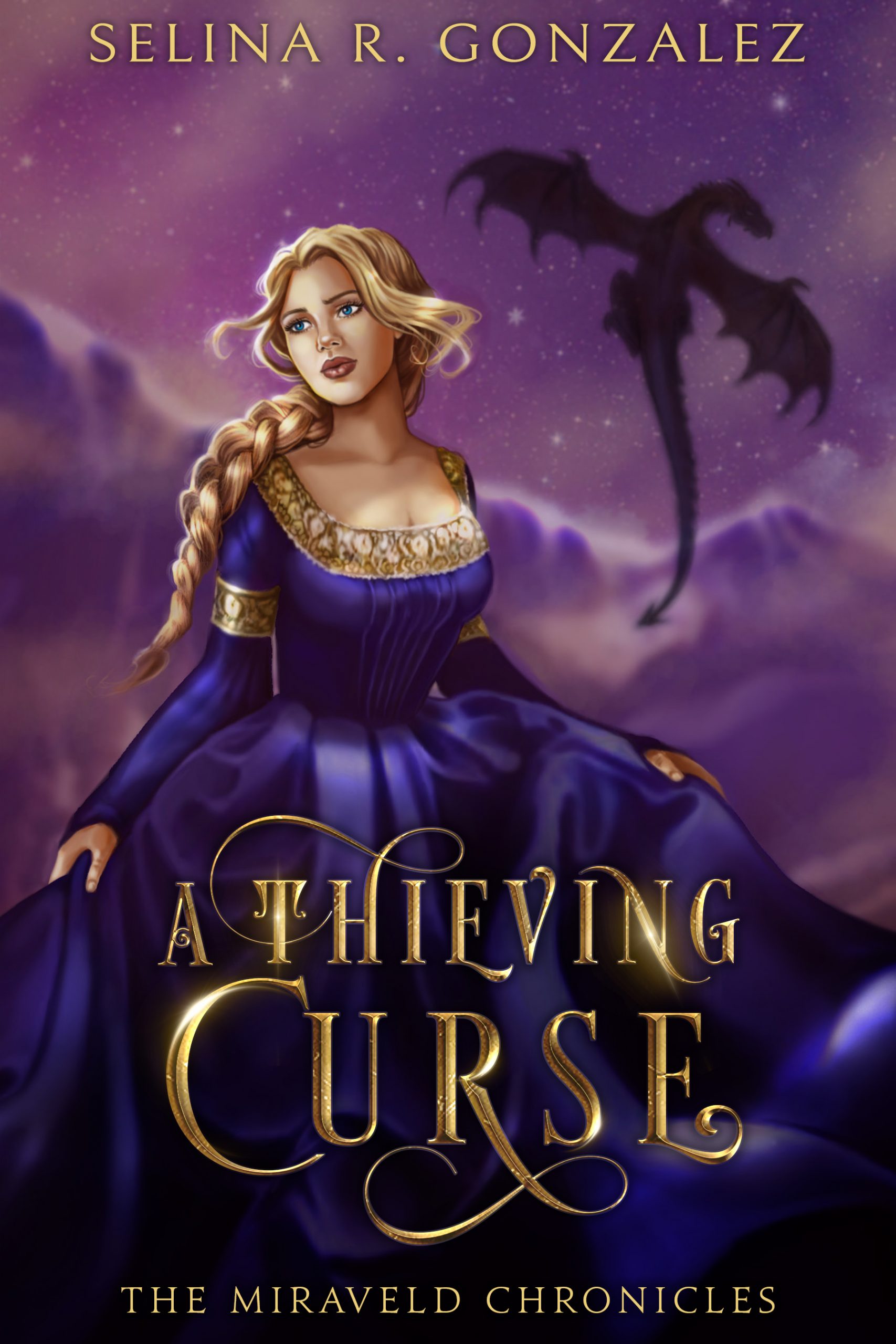 Welcome to my review for A Thieving Curse!

What’s this?! Two reviews in a row?!?! For the summer, I’m planning on posting reviews on Monday, Wednesday, Friday, and the occasional Saturday! We’ll see how it goes!

Princess Raelyn would love a simple life getting up to mischief with her brother and being valued for herself, not her title, but her purpose has been dictated since childhood. A treaty that established an unprecedented era of peace requires her marriage to Crown Prince Tristan when she turns eighteen. It’s time to face her destiny, and Raelyn is ready to shoulder the responsibility. But when she gets lost on the way to the wedding, she is caught by a dragon-man. Not only does the monster claim to be Alexander, the rightful crown prince living in hiding, but he refuses to return her to her family—putting the future of her kingdom and safety of her family at risk.

Although I’ve read a lot of retellings, I don’t remember having read a Beauty and the Beast retelling before this one! It’s a tale as old as time and one I grew up loving, so I wasn’t sure how I would feel about this one. However, I deeply enjoyed the author’s debut novel, Prince of Shadow and Ash, so I gave this one a try. Full of goats, authenticity, and whimsy, A Thieving Curse is an entertaining fantasy with plot twists and suspense.

Something the author does best is incorporate a strong theme throughout the story. In this one, her resounding refrain is that love is a choice. It’s portrayed so beautifully, and it’s something that will always stick with me.

Alex is such an amazing, intricate character, and I loved watching him grow as a character and in his relationship with Raelyn. Peter, Meredith, and Lucas are some of my favorite supporting characters I’ve read in a while, and their relationships are as in-depth as those between the main characters.

The running jokes are so wholesome too, and they add a layer of charm to otherwise difficult moments.

All the men are genuine, and I love the relationship Raelyn shares with her brother. It’s rare to see men cry in fantasy novels, and it’s always refreshing when the author allows them to show emotion that way while still being strong.

Overall, this was a fun read, and I can’t wait to read more in this charming series!

– Some implied references to sex

– Alex is naked he transforms back from dragon to human, but the book doesn’t go beyond the awkwardness it creates for the characters.

– Some fantasy violence/descriptions of wounds

I received a free eARC in exchange for an honest review. All opinions and views are my own. 🙂